Why do Shotokan sensei place so much emphasise on the five Heian kata series? 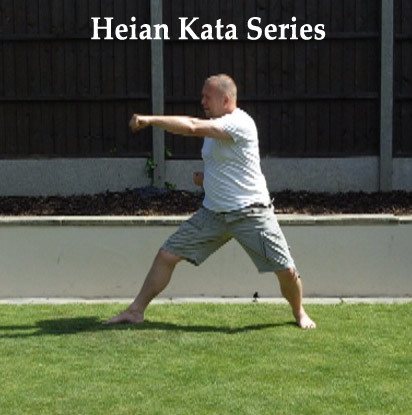 I believe it’s not just a tradition passed down from sensei to student because it’s part of the examination sylabus.

To me, the Heian kata series build a strong foundation in kyu grade karateka, that enables them to fully understand all the fundementals of Shotokan karate and have the ability to move on to the brown and black belt kata confidently, but more importantly, correctly!

Many karate historians believe the karate moves contained in the heian kata, come from the kata Kusanku, which is the original name of the shotokan kata, Kanku Dai (to view the sky). They say that master Itosu thought Kusanku was too long and contained too many karate moves for new karateka to learn. So he took Kusanku and divided it up into the five heian kata.

Other karate historians believe the heian kata series were developed from the long Chinese kata, Channan. After reading the excellent book Anko Itosu The Man. The Master. The Myth, i believe the Channan story.

Another theory says the mysterious Channan kata is the Heian Kata!

The history surrounding the early development of the Heian kata, may be a little foggy, but what is clear, is the fact that the heian kata play a major role in nearly all Shotokan Dojo and play a major part in the development of a karateka and their continued practice in karatedo.

In the below descriptions there will soon be links to full video tutorials of the five Heian kata, which play a major part of the 27 Shotokan Kata 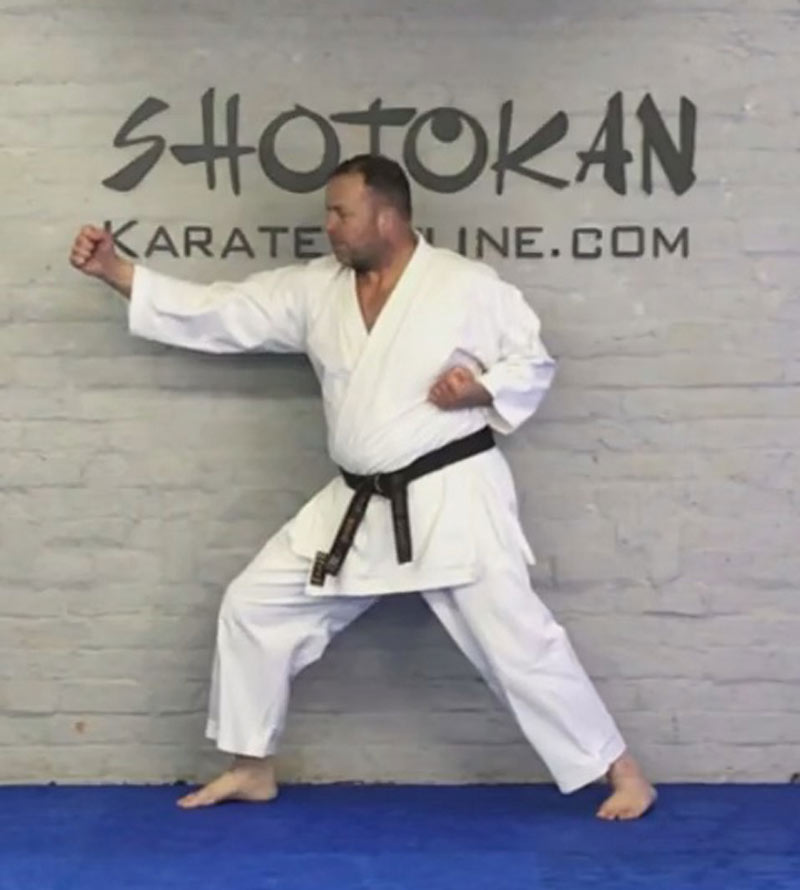 Heian shodan is an excellent kata for shomen (square facing) and hanmi (side facing) practice. The body and hips should be square (shomen) for the stepping punches and (side facing) hanmi for the blocks.

This is the first time a karateka practices shuto uke (knife hand block), kokutsudachi (back stance) in a shotokan kata. There are four knife hand blocks in this kata. 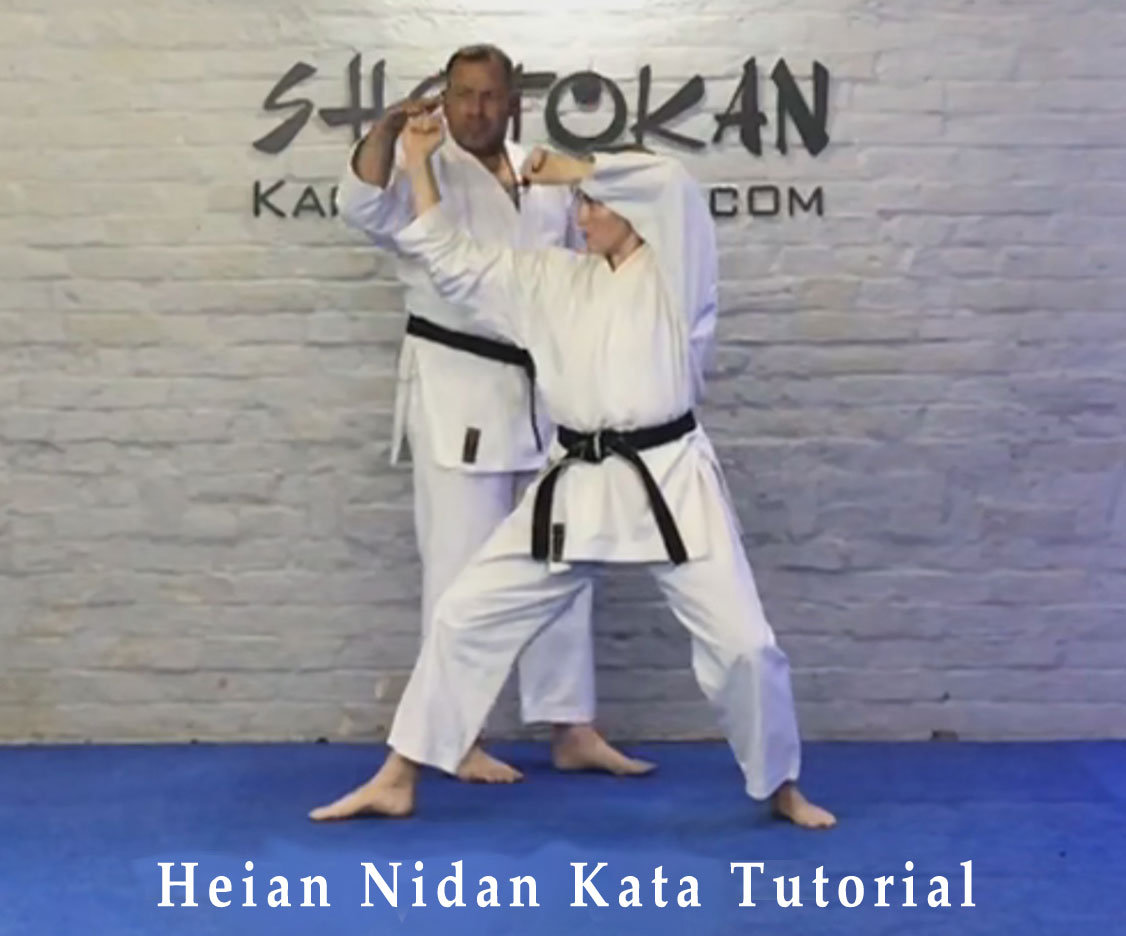 Heian Nidan has the first example of a side kick and simultaneous block/strike techniques.

There are actually several examples of simultaneous block/strike techniques in Heian Nidan, the first and second moves, the third and fourth moves, many shotokan sensei have the uraken (back fist) hit, slightly before the yoko geri keage (side snap kick), but some shotokan sensei also teach the uraken (back fist)/ yoko geri keage (side snap kick) as a simultaneous block/strike technique.

Then there is the osae uke (pressing block)/nukite (spear hand) on the first kiai (spirit shout). There is also one not so obvious block/strike technique in this kata and that is on the moroto uhi uke (augmented forarm block).

Many sensei teach this as an uchi uke (inside block)/ura zuki (upper cut), where the fist near the inside of the elbow on the blocking arm, is a strike which we will call ura zuki, but is more like a dig to the ribs. Heian Nidan is very technical and can take a lot of practice before a lot of these moves start to flow and feel good. 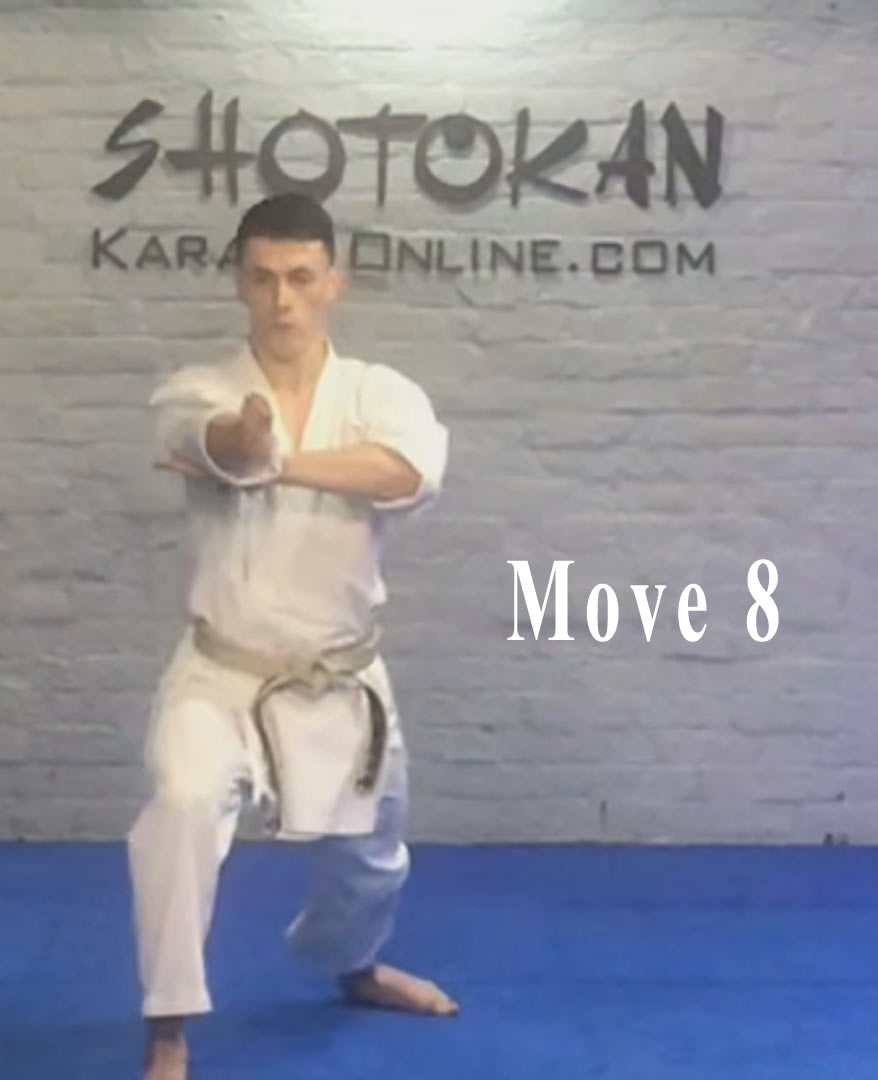 Heian Sandan is known for it’s four sets of fast, simultaneous block/strike combinations at the start of the kata.

This kata has the first use of Kibadachi (horse riding stance) in a shotokan kata, we see fumikomi (stamping kick) and spinning techniques for the first time.

As with Hiean Nidan there are several examples of simultaneous block/strike techniques in Hiean Sandan. 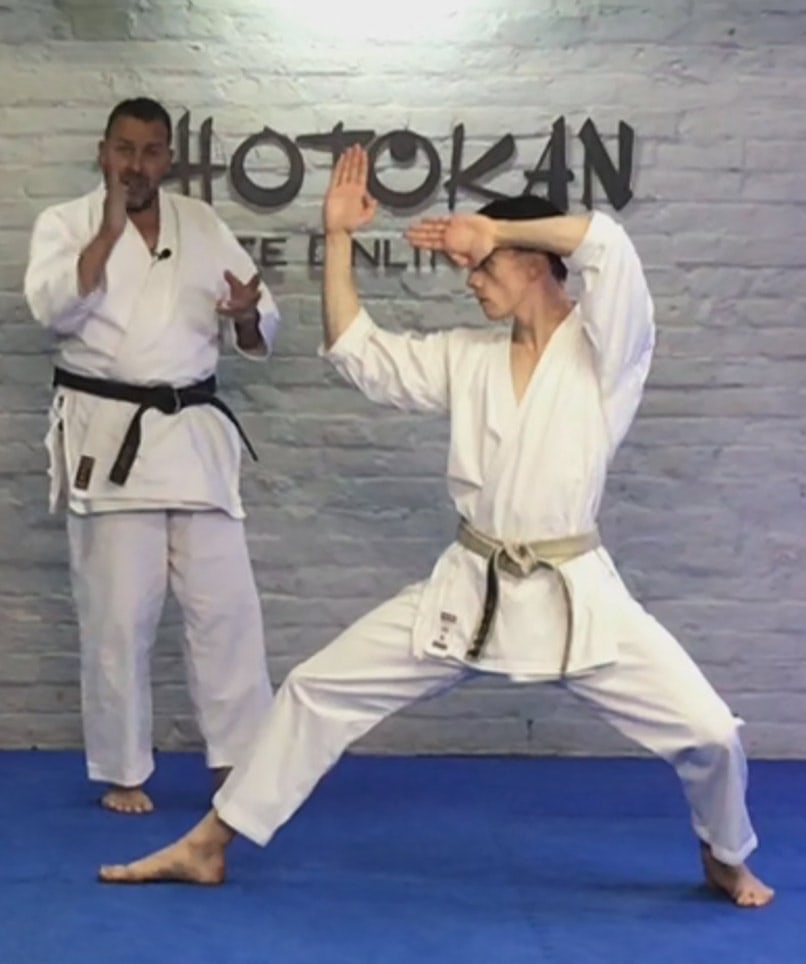 The fourth kata in the Heian series consists of nearly all simultaneous block/strike techniques, containing several open handed strikes and a lot of the kata being performed in kokutsu dachi (back stance). 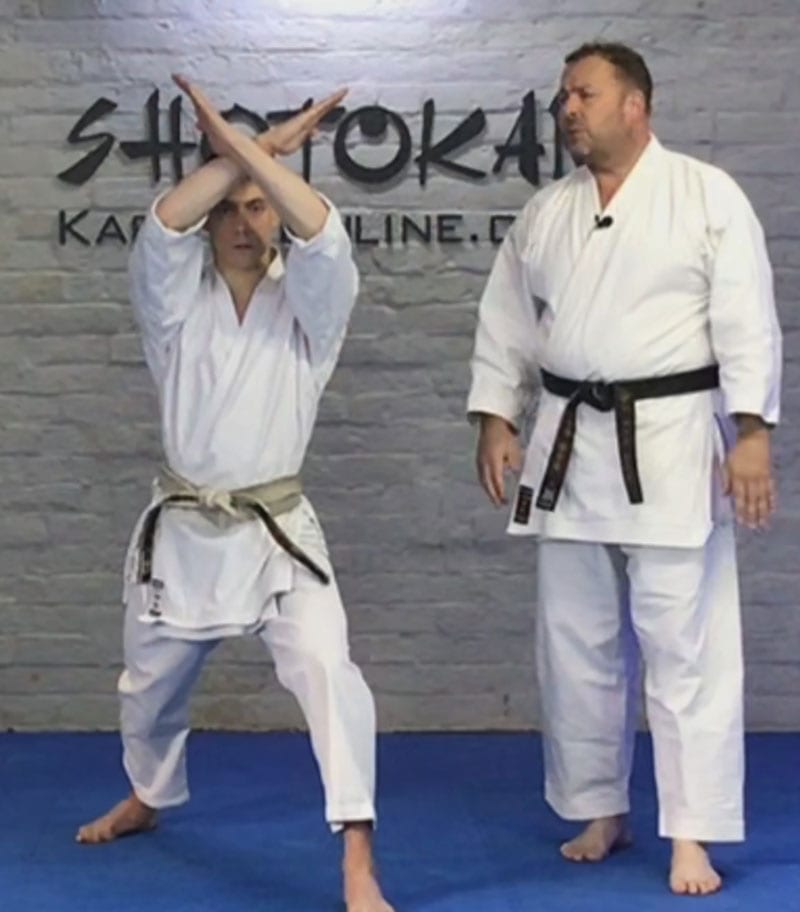 The fifth and final kata in the Heian series. Once again, there are several examples of simultaneous block/strike combinations in this kata.

Heian Godan has an open hand juji uke (cross armed block), along with the first jump in a Shotokan kata.

Karateka find the last section in Heian Godan after the jump, very difficult, the secret is to break them down into sections, only to put the sections together once you understand the meaning and timing of the moves.

Click Here for 13 kata tips to take your kata to the next level!

In many Shotokan Karate Dojo, the five Heian kata series are part of the standard 27 Shotokan Kata.