Gyaku-zuki or revers punch is one of the first moves that a karateka will learn, early on in their karate practice.

There are several ways to practice reverse punch, the basic principles remain the same, the differences come when applying the punch.

When practicing karate kihon, karateka will more often than not, take up a long zenkutsu-dachi (front stance), when practicing kumite (sparring), the stance will be higher and shorter in length.

Description Below Related To The Gyaku-zuki Video Tutorial

1. Migi zenkutsu-dachi (right side front stance) . Right arm extended out straight into the tate-shuto (edge of the hand) position and left arm in the hikite position. (see image) Punching gyaku-uki with the left arm. Body and hips are in the hanmi (side facing) position.
2. Drive from the back leg, through the left hip and begin the punch.
3. The left punching arm remains palm up until the elbow loses contact with the body, then start to rotate the left fist and forarm clockwise.
4. At the same time the punching arm starts to drive forward, you also drive the left side of the body forward.
5. When the arm starts to punch and the body starts to rotate, you also drive the hips around and forward.
6. When the arm starts to punch and the body starts to rotate, along with the hips, you also start to pull with the right hikite arm.
7. As the punching arm finishes the rotation, everything else also finishes. The body and hip rotation and the right hikite arm. So your body is in the shomen (Square) position.
8. Try and have an explosive start, but stay relaxed through the movement.
9. Breath out as you punch
10. At the completition of the punch, kime (focus), Tightening the muscles throughout the body for a split second, then immediately relaxing but keeping form.
11. Try not to push the right front knee out as you punch. What should happen is the front knee should come inwards slightly as you tighten the front legs inner thigh (controversial:))
12. As in the video you can then snap back to the starting position, with the body once again, in the hanmi (side facing) position.
13. IMPORTANT When striking fast, remember to hit with intent!

Self Defense Gyaku-zuki
1. The stance is higher, no use of the hikite pulling arm, but everything applies as above. 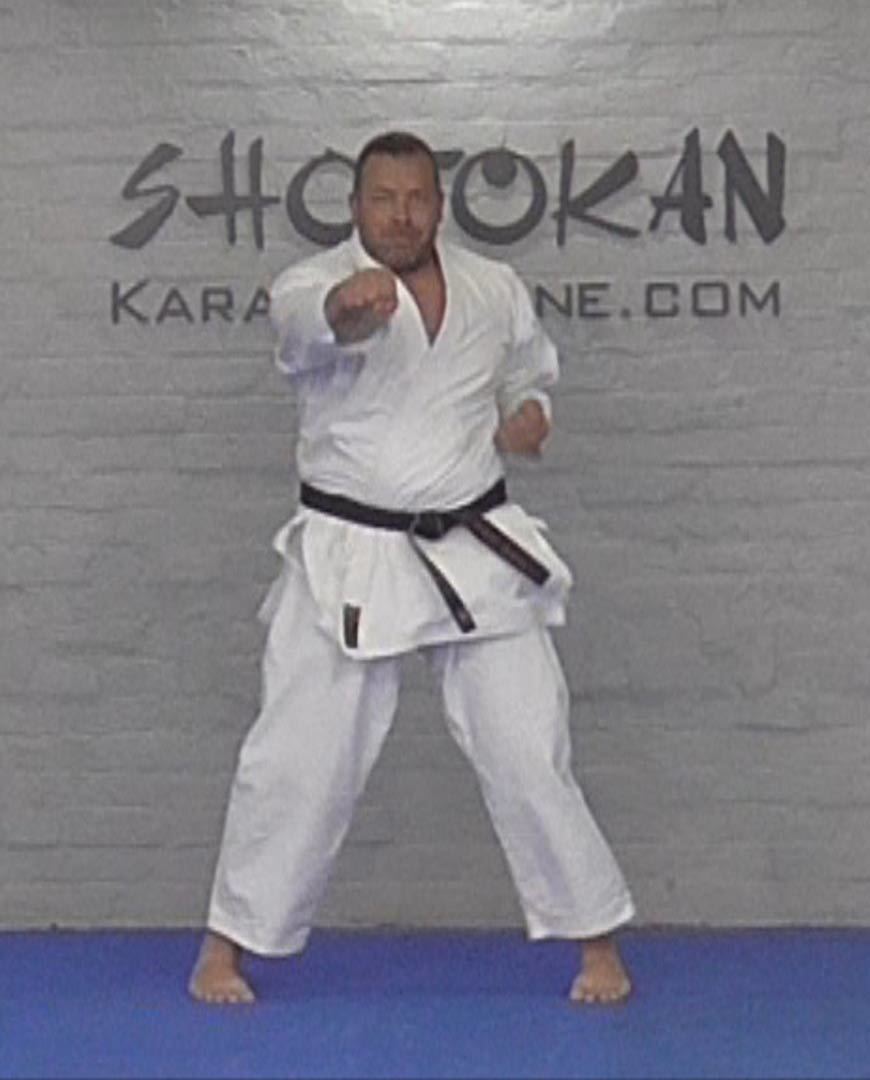