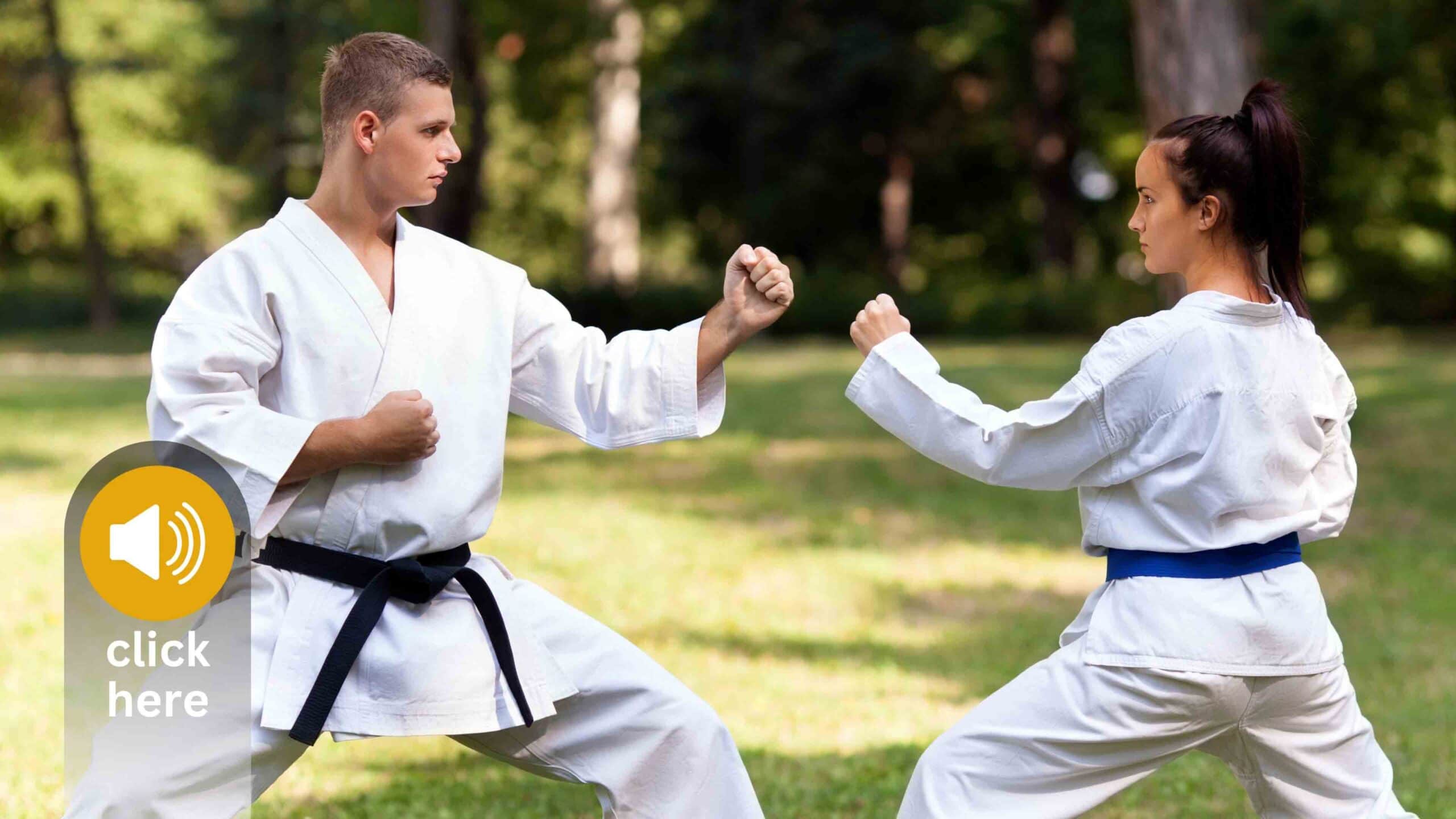 In the video tutorial below, we go through the defenses for each of the attacks.
When practicing at home without a partner, try and visualise an actual attack. Practice slowly, work on technique and a smooth transition between the block and counter. When practicing at speed, try and apply the concept of ikken hissatsu and the counter should instantly follow the block, make sure you finish the block completely including a full hikite, but there should be no pause between the block and counter.

The defense and counter is usually free, but many shotokan karate dojo have pre arranged block and counter sequences, which include a large selection of blocks, counters and tai sabaki ( body movement).

The ‘ikken hissatsu’ (to kill or finish with one blow) is still the attitude to have when attacking and defending. Make sure your counters are devastating, or rather, don’t be content with a counter to someone’s shoulder. Once you have delivered your counter strike, imagine what the effect would have been like, if the counter strike had connected fully.

The time between the attackers attack and defenders counter should be small, the same time, or even before the attack completes.

As we mention in the fundamentals section, it’s very common for karateka to slip into robotic karate, mistaking it for strong karate.
As part of the black belt test we would like to see two minutes of shadow boxing lightly and two minutes at full speed.
Try and use as many varied techniques as possible along with different steps, eg yori ashi, tsugi ashi and changes in direction, utilising tai sabaki (body evasion).
We are looking for flow within this exercise lightly. Then at speed we are looking for flow and kime.